In Playback 101, you'll learn the different roles a playback engineer can take on, see different Ableton session rundowns for numerous types of live shows and use cases, and learn about building your own template from scratch to suite the needs of your show.

In Hardware & Sessions, you'll learn the how's and why's of building a session for any circumstance and explore different types of gear and configurations that Electronic Creatives deploys around the world to give stable and reliable results, show after show.
Write your awesome label here.
Bundle features
Recommended Gear and Software 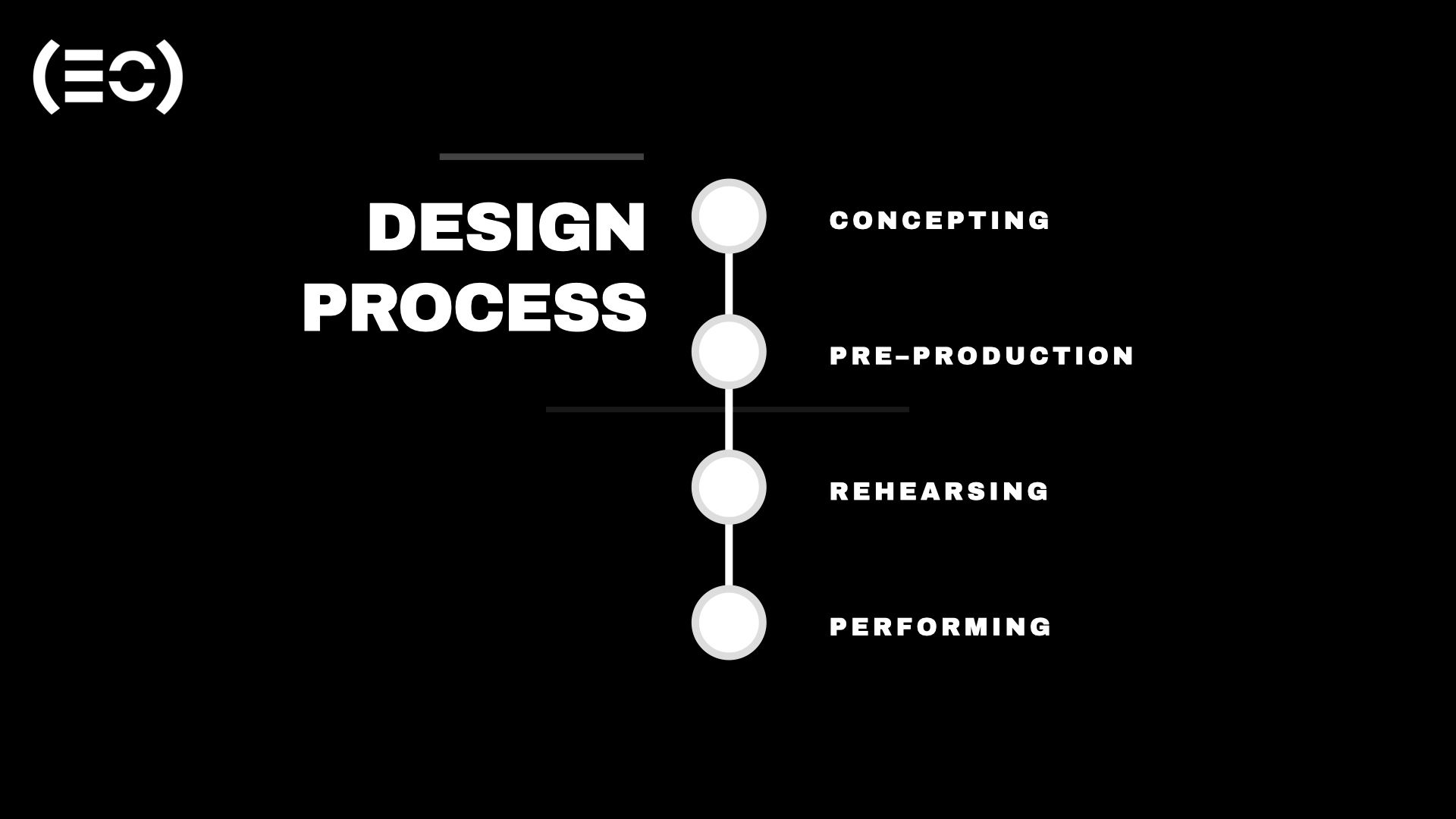 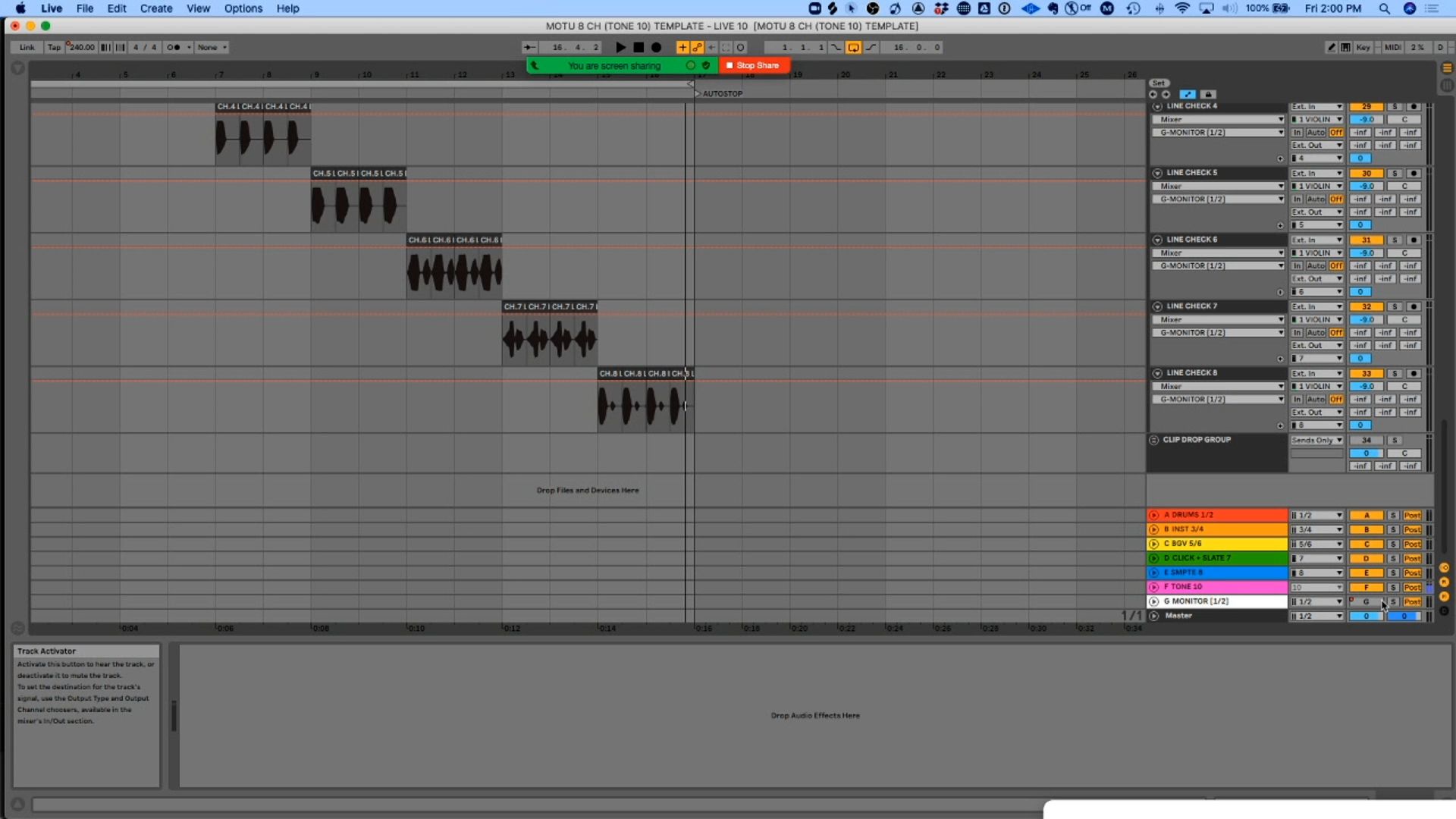 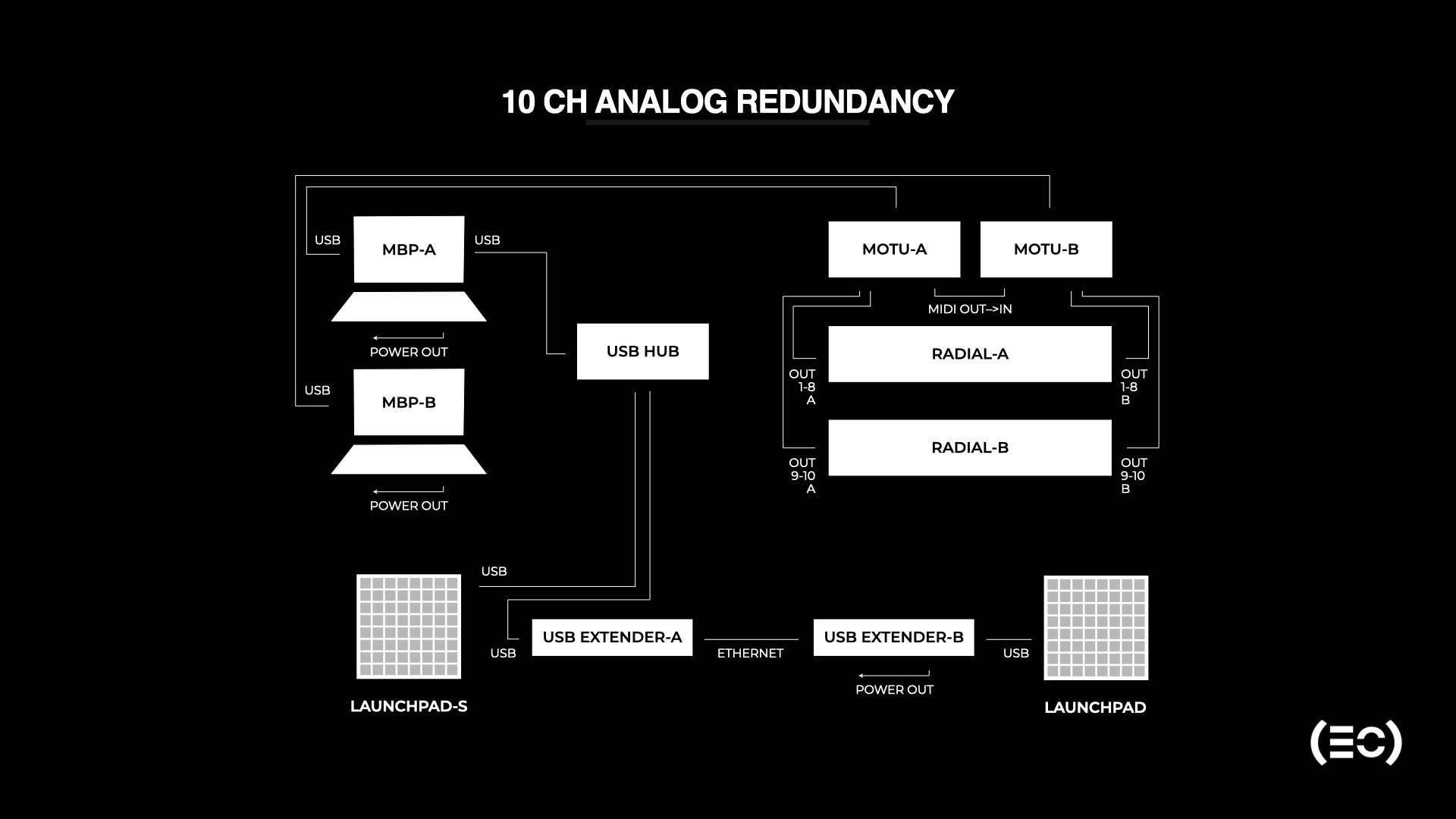 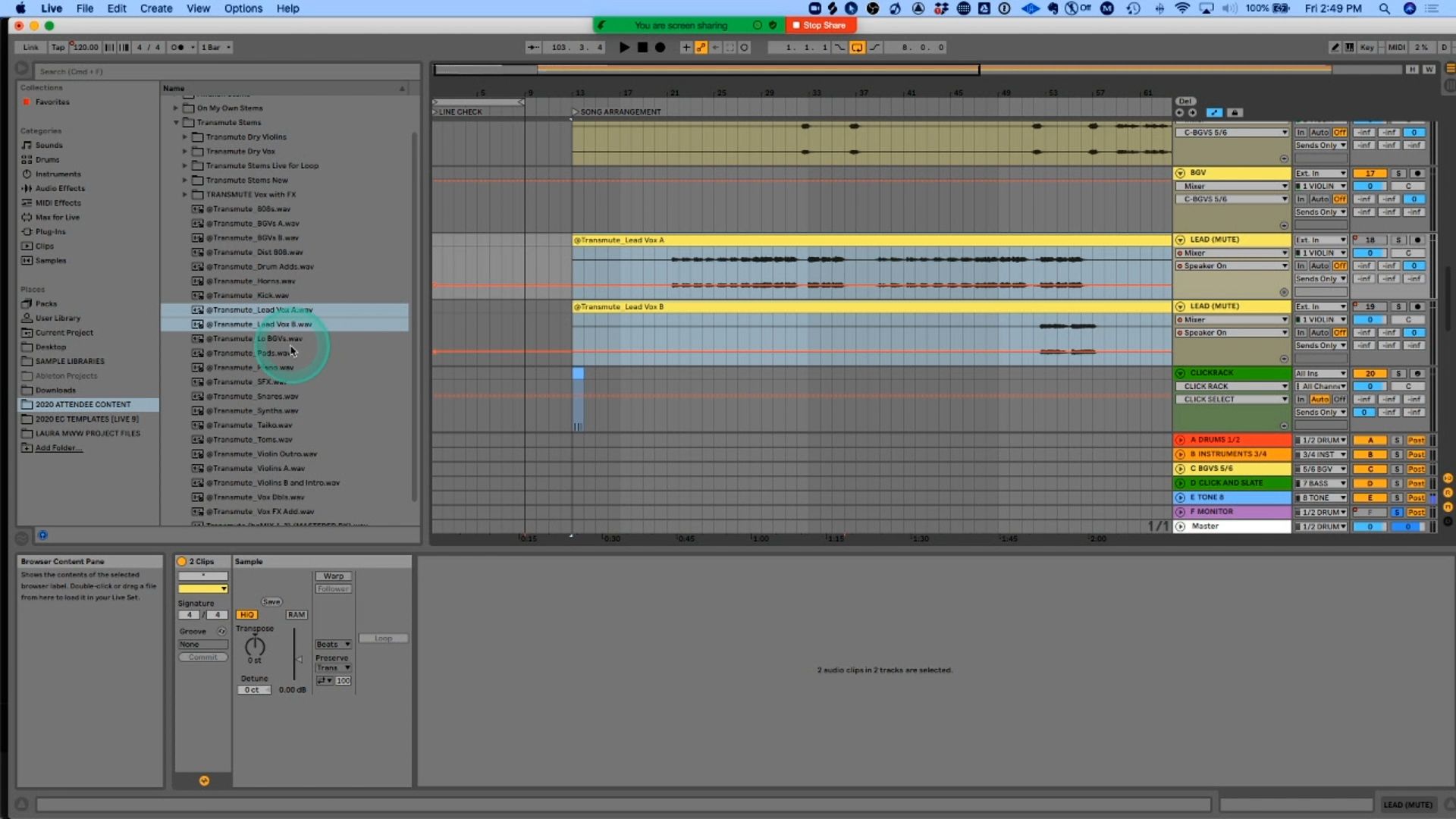 (Note: Clicking any one of the play buttons will direct you to the purchase page of the individual course, not MASTERTRACK Bundle)

(Note: Clicking any one of the play buttons will direct you to the purchase page of the individual course, not MASTERTRACK Bundle)
MEET YOUR INSTRUCTOR

AJ is a producer, musician, audio/playback engineer, and visual creative from California. With a background in both music and visual arts, AJ got his start gigging on guitar around Austin while working in art direction. He wound up in Valencia, Spain where he studied at Berklee College of Music, thereafter coming to LA, where he has since worked with artists like Ariana Grande, Harry Styles, 30 Seconds to Mars, Modest Mouse, Reggie Watts, Logic, AlunaGeorge, Big Sean, Meek Mill, Anderson Paak, Cory Henry, Morgxn, Ava Max, Elephant Heart, Yeah Yeah Yeahs, and more.

He joined EC in 2017 and has helped grow it into the team it is today. From actively gigging and touring, to heading production design on all EC's rigs and internal technical and business structure, he is a proud core member of the growing EC community.

He additionally works with XR Studios in the virtual production space, and with Output Arcade as a sound designer. From 2018-2021 he co-managed Multihouse Studios, a hybrid art and music space in DTLA, but now works out of a private studio. He continues to write music and produce artists, and has also worked on projects involving 3D audio in theatre such as Cages DTLA.
Write your awesome label here.
Write your awesome label here.
MEET YOUR INSTRUCTOR

Laura Escudé is a producer and sound artist creating magic through music, tech, and consciousness. She is an innovator, entrepreneur, and live show designer with a deep understanding of complex technology and a profound passion for music and art. Fusing tech with art is her superpower.

Synthesizing her skills as a classically trained violinist and technical prowess as an avant-garde electronic producer, Escudé infuses Neo-classical and sleek futuristic style with raw emotion elicited with her musical machines. She has performed her live electronic show at numerous festivals and events, including Osheaga, Ondalinda, and NAMM. Using technology to advance their fields, Escudé and two other female pioneers are key artists featured on Hello Sunshine + HPE’s documentary “In Her Element”.

Since becoming the first Ableton Certified Trainer back in 2008, Laura’s career highlights include designing shows for Kanye West and Jay Z, opening for Miguel on his 2015 Wildheart tour, building a thriving international business populated by top-tier professionals, and developing premier educational programs accessed around the globe.

After a tour burnout landed Laura in the hospital back in 2016, she was forced to take a break from work and focus on her health. This physical, mental, emotional, and spiritual process involved letting go of unproductive habits and thought patterns, facing her fears, and giving up aspects of her life that no longer served her. The experience inspired Laura to help artists accelerate their live performances using technology, while securing a safe place that encourages their own health and well-being.
MEET YOUR SPECIAL GUEST (Hardware & Sessions)

Greg is a production tech for EC and a soundwriting DJ and producer from Manhattan, NY.

A music production fanatic, he is often found scouring the internet for advances in the analog/digital realms. He DJs and produces under the alias GES, and has performed in Amsterdam, NYC, NJ, Norway, Spain, and LA. He also produces music for sync, recently having his music featured on HBO's "Problem Areas".
Write your awesome label here.

Our goal is to impact as many aspiring and established artists to be empowered to blaze their own way, live inspired lives, and make a living from their passions. ⚡️